I've been warning people for the past several months that America is desperate.  The problem is that most of you are high earners.  The "struggles" most of us have is earning low-six figures instead of mid- to high-six figures.  We stare at our fattened navels, unaware that many Americans have nothing sticking to their ribs.

Five years ago Joe Stacks would have been universally decried as a lunatic.  No one but a fringe segment of society would have supported his act of terrorism.  Times have changed.

People are defending Stacks.  They are claiming that his manifesto (which is posted at The Business Insider) is not insane.  Many agree with Mr. Stacks' manifesto; and many support his act of terrorism.

The United States has changed.  Most of you don't think so, but you are rich.  Start talking to people outside of your social class.

America is a powder keg that is about to erupt.  People with no money and no job who want to work, can't find work.  Meanwhile, they see headlines exposing Wall Street's distribution of trillions of taxpayer dollars.

If you care about this country, it's time to take legal action against Democrats and Republicans alike.  We need a legal revolution.

Vote every person who supported the bailouts out of office.  John McCain must go.  Put aside your party loyalties.  Vote not for a political party; vote for America.  It's time to change American through civil processes.

If we don't change America legally, expect many more Joe Stackses to seek change violently.  The only reason there is only one Joe Stacks is because people still have too much to lose.  People still have unemployment benefits, and do not feel totally hopeless.  How will those people feel two years from now - still jobless?

If we don't take back American from Wall Street, the desperation will increase.  Someone will light a match.  The powder keg will erupt.

Take action now.  Vote out everyone who puts Wall Street's interest ahead of ordinary Americans'.  It is truly the only hope we have for saving America - from the likes of Joe Stacks and Lloyd Blankfein.

Find out if your Congressman or Congresswoman voted for the bailouts.  If she did, vote her out of office.  Put aside your partisanship for America's future.  Otherwise, you are personally responsible for Joe Stacks.

Prosecutors: Protecting Their Own

Do prosecutors ever see an example of prosecutorial misconduct they don't like?

In this video, a young African American male attacks an elderly white man. You can hear Iyanna Washington make several racist comments including referring to the near-septuagenarian as "pinky" (slang for a white person), and encouraging the younger man to "Beat his white ass."

By now it should come as no surprise that the media has turned the attack on the elderly man into a discussion of race. As usual, white people are to blame:

A fight on an Oakland bus that appeared to be racially tinged started because of an elderly white man's remark about shoe-shining, according to a local college student who filmed the incident.

Two men - a bearded white man who said he was 67 years old and a younger black man - can be seen on the video arguing on the transit bus Monday afternoon.

Again, the man in the video is 67-years old.  Iyanna Washington is a college student who was making racist remarks about "pinky," and encouraging the younger black male to beat the old man's "white ass."  The black assailant was much younger than the white man, and the black assailant is the one who initiated acts of violence against an elderly man.  The younger man threw the first punch.

Nevertheless, the white man was to blame.  "Pinky" is always to blame.

In today's America, racial equality is anything but.  There is no demand for racial equality.  Rather, equality means the subjugation of whites - especially white males.  Black-on-white crime is never motivated by hate.  When a white person defends himself from black violence, then the white person's self-defense was racially tinged.

Iyanna Washington and her friends should be charged with theft.  (In the video, Ms. Washington can be seen stealing the elderly man's belongings.)  She should also be charged with hate crimes, for inciting racially-motivated violence against an elderly white male.

As it stands, the near-septuagenarian will be lucky if he escapes criminal prosecution.  After all, he dared to defend himself - which in today's America makes him the hate criminal.

Brian Tannebaum talks about his seventh year as a diabetic:

I will have diabetes for the rest of my life. I was not born with it, like those that grew up with it as children, and wear insulin pumps full time (Type I), and I always keep that in perspective. I have the utmost respect for children with diabetes, for so many reasons.

The onset of Type II diabetes in the world is overwhelming. I attribute it to bad eating habits, processed food, and lack of exercise. People may differ, but that's my opinion.

Tannebaum is right that poor nutrition is a cause of Type II diabetes.  My mother is a Type II diabetic who almost died after her blood sugar hit 1100.  (The number was so shocking that I had to verify the test results.)  She ate herself into diabetes, as many adults to.

Get blood work done each year.  You could be approaching diabetes without knowing it.  And if you're not already monitoring your diet, you should start.

Perhaps Mr. Tannebaum will post a follow-up with concrete sources and guidelines.  It's always interesting to see how busy, health-conscious professionals balance a proper diet with the demands of law and life.

Incidentally, depression is often caused by an omega-3 fatty acid deficiency.  For many people, simply taking a few fish oil capsules each day would improve mood and memory.

Law in itself stresses the body.  Poor nutrition compounds the stress.  The food you eat should heal you rather than hurt you.

Most of us inject ourselves with a small dose of poison each day, causing a vicious circle of low energy and poor mood.  We eat more sugars and fats for a quick dose of energy, which begets the need for another dose of energy.  Poison follows poison until - if we're lucky - a medical crisis intervenes.

Mr. Tannebaum's story is an instructive one.  You may read the rest of it here.

CBS is reporting about the notorious video depicting a college student's assault of near-septuagenarian.  Iyanna Washington, a hate criminal, is attempting to downplay her role in inducing a college-aged male to assault a senior citizen:

Washington admits she cheered on the younger man during the fight, as did several other people around her. She said ever since she posted the clip on YouTube, she has received emails and comments on her YouTube account; some of which used the n-word.

She did not merely cheer the man on during the fight.  Instead, she use racially-loaded terms like, "pinky," and "white boy."  She encouraged the African American college student to "Fuck up that white boy," "Get pinky," and "Beat his white ass."

Iyanna Washington is, quite simply, a hate criminal.  She promoted an attack against an elderly man because of his race.

It is unfortunate that people are using the same form of racism in addressing Ms. Washington.  It is sinking to her level.  That Ms. Washington hates Caucasian Americans so much that she'd incite violence against a senior citizen is sad.

Indeed, Ms. Washington should be prosecuted for inciting violence.  She should also be charged under relevant hate-crimes statutes.  She should be arrested for stealing the hate crime victim's bag.  She should not be addressed as an n-word.

Let Ms. Washington be consumed by her hatred.  We gain nothing by embracing her hate.

The civilized among will see to it that formal and informal processes are brought against Ms. Washington.  Everyone on the Internet will forever know that Ms. Washington is a hate criminal and common thief.  Let shame be the punishment for her hate.

In this disturbing video, Oakland resident Iyanna Washington encourages her male companion to assault a 67-year-old man.  Offering encouragement to all of us, the "old man" successfully defended himself.  This really is a must-watch video (NSFW language).

Unfortunately, the "old man" left a bag on the bus.  Iyanna Washington stole the bag.

It seems these are her social-networking websites: 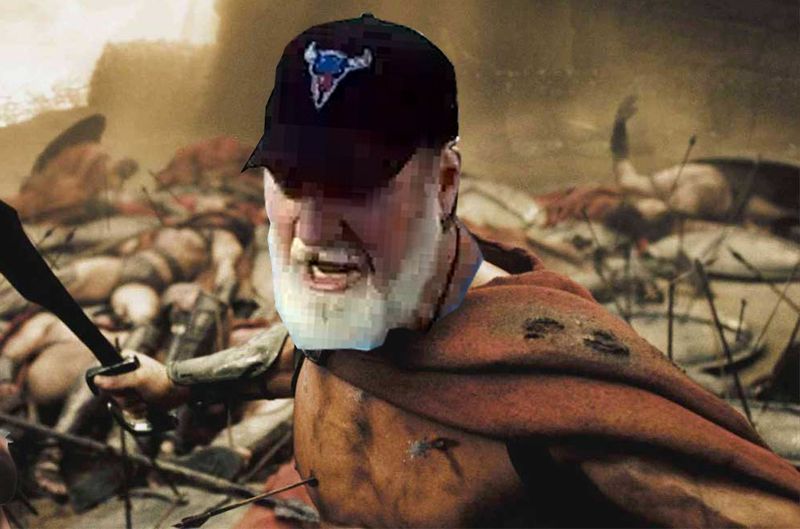 "The Rape of American Prisoners"

Claiming that the rape of children is wrong is low-hanging fruit.  And yet children are being raped every day.  Not just by other prisoners, but by the prison guards:

Adults who want to have sex with children sometimes look for jobs that will make it easy. They want authority over kids, but no very onerous supervision; they also want positions that will make them seem more trustworthy than their potential accusers. Such considerations have infamously led quite a few pedophiles to sully the priesthood over the years, but the priesthood isn't for everyone. For some people, moral authority comes less naturally than blunter, more violent kinds.

Ray Brookins worked for the Texas Youth Commission (TYC), the state's juvenile detention agency. In October 2003, he was hired as head of security at the West Texas State School in Pyote. Like most TYC facilities, it's a remote place. The land is flat to the horizon, scattered with slowly bobbing oil derricks, and always windy. It's a long way from the families of most kids confined there, who tend to be urban and poor; a long way from any social services, or even the police. It must have seemed perfect to Brookins—and also to John Paul Hernandez, who was hired as the school's principal around the same time. Almost immediately, Brookins started pulling students out of their dorms at night, long after curfew, and bringing them to the administration building. When asked why, he said it was for cleaning.

In fact, according to official charges, for sixteen months Brookins and Hernandez molested the children in their care: in offices and conference rooms, in dorms and darkened broom closets and, at night, out in the desert. The boys tried to tell members of the staff they trusted; they also tried, both by letter and through the school's grievance system, to tell TYC officials in Austin. They did so knowing that they might be retaliated against physically, and worse, knowing that if Brookins caught them complaining he could and would extend their confinement, and keep on abusing them. They did so because they were desperate. But they were ignored by the authorities who should have intervened: both those running the school and those running the Texas Youth Commission. Nor did other officials of the TYC who were informed by school staff about molestation take action.

The rest of this important article is available here.

"The mass of men lead lives of quiet desperation. What is called resignation is confirmed desperation."

Public Defenders for All?