How Steroids Almost Killed Me

With recent revelations showing that Alex Rodriguez was a user of performance enhancing drugs, steroids are back in the news. Now seems like a good time to talk about how steroids almost killed me. Here I am, about to die while on steroids: 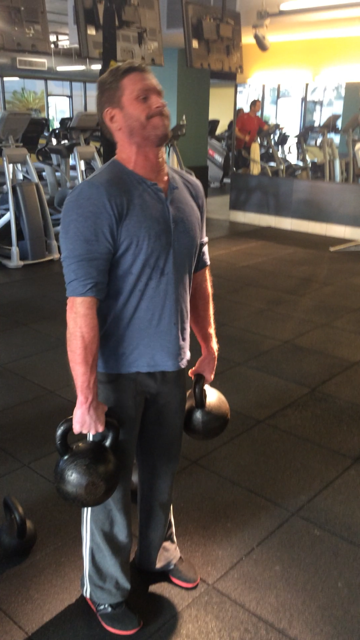 Here's what steroids did to me: 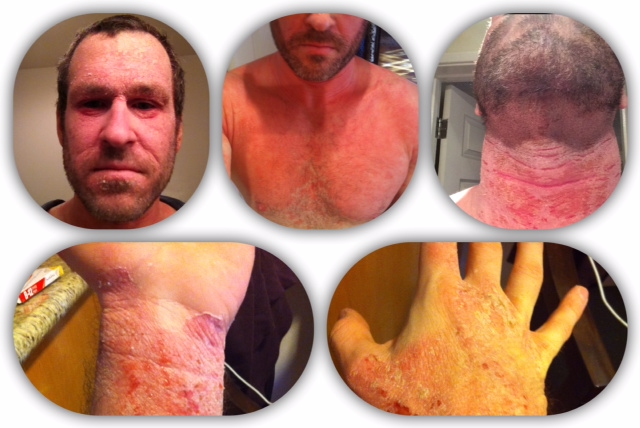 During law school ago I'd occasionally get a patch of red skin underneath my eye lids. It wasn't a big deal, but I went to a dermatologist anyway.

For years I'd put a little dab of magic cream on and underneath my eyelids. After a day or two the red patch of skin would go away, and I'd put the tube away for several weeks and sometimes several months.

Then something mysterious happened.

A few years later, my entire skin broke out into some red rash. I had no idea what was going on. I went to a dermatologist who told me I was having a "full body eczema flare."

That didn't quite make sense to me. How can an adult male get a full body eczema all of the sudden?

I saw several dermatologists from the finest medical schools in the country. I spared no expense, as my life had become a living hell. I couldn't sleep, I was itching all day, and my face would turn beet run and burn with the intensity of a horrific sunburn that would never heal.

None of them could answer simple questions like, "What is causing this eczema?"

One dermatologist told me, "There was a huge bloom of pollen." I've never had allergies (allergies are beta), I told her. How could pollen make my skin break out?

She shrugged her shoulders and wrote me a prescription for stronger steroids.

Suddenly I was having trouble driving at night. The cars on the road were blurry. I thought my eyesight was failing me. When I learned that eye problems were a side effect of steroid use, I stopped using them and my night vision returned to its predator-like clarity.

Another dermatologist gave me a prescription for prednisone. Prednisone is basically magic, until you look at its side effect, which include memory loss, increased appetite, psychosis, and diabetes.

Still another (I wasn't kidding when I told you a lot of doctors were consulted) suggested an allergy to dust mites. On and on it went.

What if the drugs doctors were giving you made you sick?

After 18 months of being prescribed stronger and stronger drugs, I learned what the problem was.

While unable to sleep yet again and performing Internet research, I learned about Kelly Palace and her organization, ITSAN - short for the International Topical Steroid Addiction Network.

Kelly had gone through what I had gone through, although her trials and tribulations were far more intense than mine. She started a non-profit to raise awarness and I got in touch with her group.

There is some percentage of people whose skin function gets destroyed even when using "safe" amounts of topical steroids. The only way for those people to get better is to quit using topical steroids.

Withdrawal was and is horrible.

Topical steroids work by constricting the blood vessels. Less blood flow to the surface of your skin gives you nice clear skin.

Once you stop using steroids, the blood vessels overreact. They vasodilate to up to 3 times their size. This casues the release of massive amounts of nitric oxide (which burns the skin) and extreme edema.

Steroids also disrupt the body's ability to produce cortisol. Long story short, this means you won't be able to fall asleep at a normal hour or have a regular sleep schedule.

Since cortisol mositurizes and lubricates the skin, it also means that your skin will peel off. I have shed pounds of skin.

(If you want to learn more about spreading full-body eczema, check out ITSAN.)

I stopped taking steroids on October 15, 2012 and that's when real Hell began.

Yes, that's right friends. This doesn't just heal overnight. For someone with my steroid usage history, it'll take me around 18-24 months to fully clear.

I won't be fully better for another several months. (Some people take as long as 3 or more years to fully heal.) I'm looking and feeling much better, but this is a long road and a skin flare could hit me any day.

Without question, the legal stuff you get form your doctor will do more to destroy your life than anything some guy is selling out of a gym locker room.

Beware of steroids and never trust your doctor.